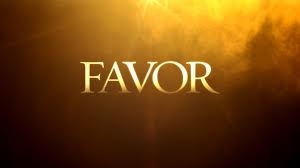 Today I am thankful for favor. What I am referring to when I use the word “favor” is what the dictionary describes as “excessive kindness or unfair partiality; preferential treatment.” But more specifically I am referring to the favor that is extended to us by God.

Have you ever checked in for a flight having purchased a ticket for a coach seat, only to find that unbeknownst to you your ticket was upgraded to first class at no additional charge?

Or have you ever been unemployed and actively trying to gain employment, but despite your valiant efforts to obtain a job you remain without one, until one day, while standing in a long checkout line at the grocery store, you strike up a conversation with a stranger, whose company just so happens to be looking for a person with your exact skill set, experience, and disposition, who offers you a job on the spot?

Or by chance have you ever pulled up to a gas station knowing that the gas gauge showed that it was on “E,” but all you had was $5 to your name and two more weeks until the next payday, only to discover that the gas pump continued to run past the amount that your $5 had paid for, and when you stopped pumping gas and went over to the attendant you were told that the stranger who had been behind you in line when you paid had told the attendant that they were going to pay for you to have a full tank of gas and then requested that the attendant return your $5 to you?

What do all of those situations have in common? The answer is favor. The thread that connects each of those situations is the exhibition of favor, the unparalleled extension of unmerited blessings simply because God loves us. We cannot earn favor. We cannot buy favor. And we cannot barter for favor. The receipt of favor is completely unmerited, and it is a perfect example of love in action.

Many people refer to this concept as “coincidence,” but that classification entirely fails to capture the truth of this exhibition. Coincidence could never account for the precise positioning of the right people at the right time with the right resources. And favor carries with it the reminder that no matter the current state of the world and society all is not lost, and we have not been forgotten. Be blessed. #lovebythedrop