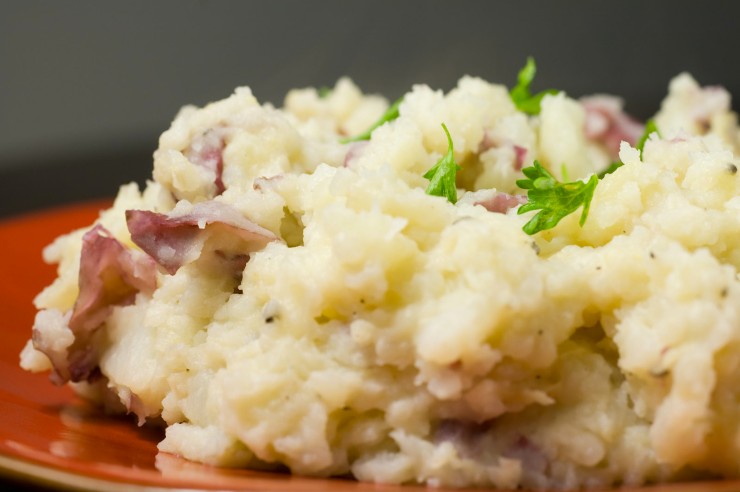 Today I am thankful for mashed potatoes. Now, to me, mashed potatoes comprise a rather simple dish; after all, the standard ingredients are some sort of potato (personally I prefer red potatoes, also known as new potatoes), butter, a little salt to taste, and some milk or cream. In addition to those standard ingredients, people often add anything from sour cream to dill to their chosen concoction of potatoes for a little kick and some depth of flavor. And for those who really want to be even more adventurous, replacing the water used to boil the potatoes with chicken broth adds an even greater dimension of flavor.

However, despite the fact that I thoroughly enjoy eating mashed potatoes, I rarely ever order them when I go out to eat or I purchase take-out, because most restaurants either do not season them enough, or they over season them to the point that they become practically inedible. And then there are the restaurants that serve instant mashed potatoes, which are of no interest to me. I am a mashed-potatoes-made-from-scratch-with-real-potatoes kind of woman. Anything less just won’t do. #lovebythedrop